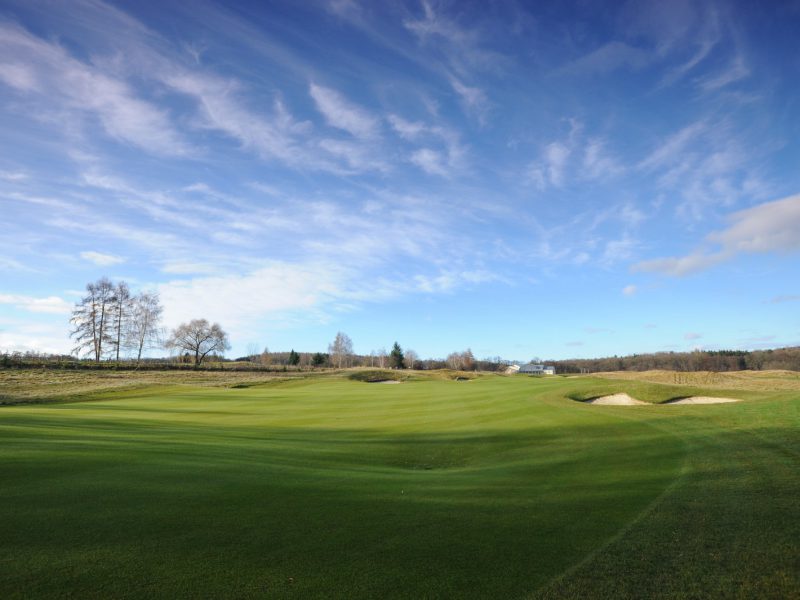 The beautifully renovated 17th century hunting lodge has preserved the rich history, but is enriched with 21st century comfort and convenience. There was also built a challenging and inviting golf course adjacent to the Chateau Roztez. In years 2008-2011, it was the home to Casa Serena Open, a European PGA Senior Tour. First year of tournament in 2008 was played, just one year after the 7 year renovation project.
Casa Serena has previously been accessible ‘by invitation only’, but is now ready to open its doors to companies who wish to host their own Corporate day on this most private of venues.

Casa Serena Golf was designed by European Golf Design as inland links golf course with wide fairways and large, open & undulated greens. With the possibility of a large number of different tee boxes on each hole, Casa Serena is the right test for all golfers who fully use their golfing skills, but also is accessable for golf newcomers, who can enjoy their game here. More than eighty strategically placed bunkers are ready to capture all your „wild“ drives and approches in conjunction with the placement of holes in the middle of beautiful golden Rough Fescue. Monoculture bent grass on the greens, it offers a great space for your approach shots, but on the other hand, test your putting skills. Large undulations along with a number of smaller “breakaways” and speeds reaching 10 to 12 feet on Stimpmeter surely will test even the best players.