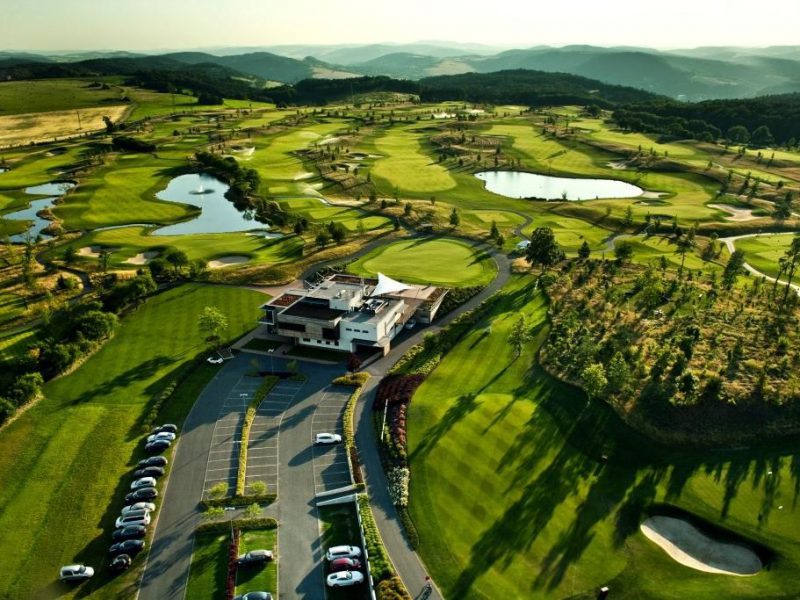 The Albatross Golf Resort located in the Czech Republic in the heart of Europe, is part of the exclusive European Tour Properties network of world class golf venues. It is a 30-minute drive from the centre of the country’s capital, Prague, and just 20 minutes from Prague’s Vaclav Havel International Airport.
Opened in 2010, in its short history, Albatross Golf Resort has hosted a number of high-profile tournaments, including the Ladies European Tour’s Raiffeisenbank Prague Golf Masters in 2011 and 2012. Since 2014, the resort has been home to the D+D Czech Masters on The European Tour and the event will remain there until 2023. The first edition in 2014 saw Jamie Donaldson win by two shots and secure his place in Europe’s Ryder Cup team for the Match at Gleneagles, where some five weeks later the Scot sunk the winning putt for Europe’s victory.
Since opening, the course has been named by Golf Digest Best Golf Course in the Czech Republic in 2012 and is considered one of the best prepared courses on the European Tour in both 2014 and 2015.
In addition to its 18-hole Championship course, the Albatross Golf Resort features a state-of-the-art academy with covered driving range and a superb clubhouse with a pro shop, restaurant and conference facilities.