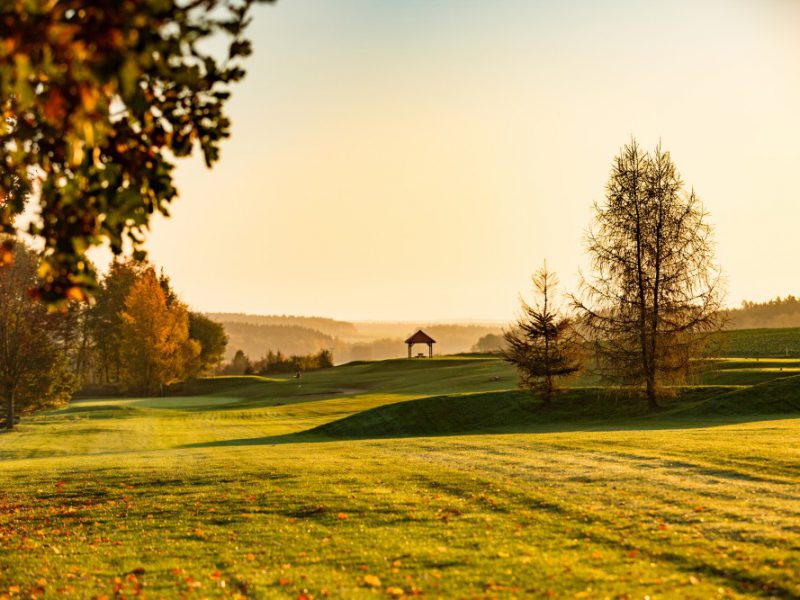 Alfrédov is one of the longest golf courses in the Czech Republic. Covering a total area off 55ha, situated in picturesque countryside bordered by woods and water, with a hundred year old lime tree alley running through the grounds.

The course was established in 1999 as a nine-hole course. Nine years later it was extended to the current eighteen holes (par 72) which are sensitively positioned into the surrounding countryside. Nowadays it belongs to some of the loveliest golf courses in our country. A several hundred years old lime-tree alley within the area of the fi rst nine holes and lots of water bodies in the area of the second nine underlines the distinctive character of the course and its appurtenance with the adjacent nature. The length makes it belong to a middle category, thus it is being frequently used by less experienced golfers. It is advisable to save your best shot for the last, eighteenth hole. That one namely crosschecks the abilities of every player because you are shooting from an approximately 110 meter distance over a pond to a peninsula green, located directly in front of the restaurant terrace, allowing for you – in case of a good shot – to be given a well-deserved applause from the other relaxing golfers. The resort boasts also with an extensive training facility: driving with twelve sheltered positions, training putting and chipping green. As a matter of course, the resort enables you to rent golf equipment including a golf cart.